Play Texas Hold'em at the Best Casinos in the USA!

Texas Hold'em is one of the most popular poker games in America. Our team has compiled a complete guide on how to play using the best poker strategies to help increase your payouts when playing at casinos.

Where to play the best Texas Hold’em poker online?

Texas Hold’em Poker is arguably the most popular poker variant. But, before you take part in a cash game or tournament, make sure to read our guide on best tips and strategies first.

Poker is widely popular, and top US casinos feature several variants of the game. Check out our list of casinos below if you want to take part in Texas Hold’em games and tournaments.

A good understanding of Texas Hold’em poker rules is important if you want plenty of winning opportunities. Don’t worry if you are just a beginner; this guide introduces you to the game’s basics. We also explain the types of bets, payout and odds, and a few poker strategies you can use to win.

The game’s objective is to use your two-hole cards in combination with the community cards on the table to come up with the best five-card poker hand. These community cards are dealt in three stages: the flop, turn, and the river.

Types of bets in Texas Hold’Em 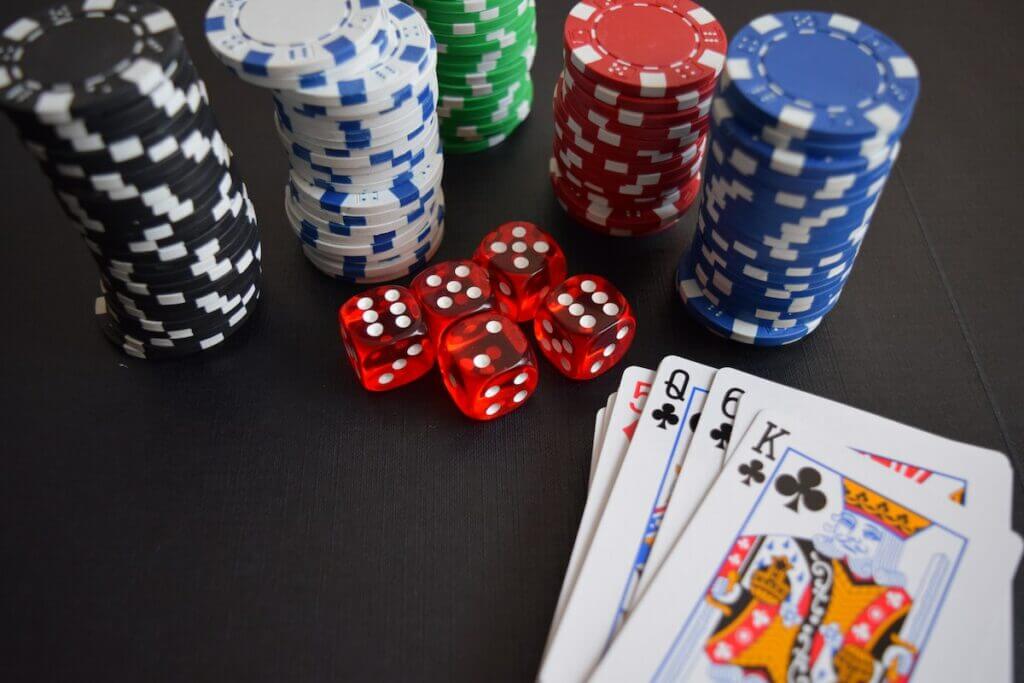 Every poker player should know the game’s RTP, Payouts, and House Edge before they start playing.

The RTP shows the theoretical return of the game to a player in the long run. For example, one popular Hold’em game boasts a 97.01% RTP. This means that for every $100 wagered on the game, $97.01 is returned to the player. The difference serves as the game’s house edge. There’s no fixed RTP or house edge for Texas Hold’em poker online.

The payout schedule refers to the potential amount that you can win in the game. In the traditional game, a winning bet is paid 1:1. Depending on the casino or the game’s software vendor, you can also play and earn payouts from bonus bets. For example, high pairs pay 10:1 and suited such as Ace-Queen pays 25:1.

The house edge refers to the casino’s built-in advantage in the game. In Texas Hold’em poker online, the house varies depending on the specific rules of the casino. But the most common titles from top casinos feature a house advantage of below 2%.

Texas Hold’Em vs. other Poker Variants

Texas Hold’em and all popular variants of the game like Omaha, Three Card Poker, and Caribbean Stud features the same objective. As a player, you need to come up with the best hand to win the pot. To do this, there are betting rounds in the game where you can call, raise, or fold.

However, there are also differences in these variants, which a serious player should know. These popular variants differ on the number of hole cards, number of betting rounds, and decks of cards used.

The primary difference between these two poker variants lies in the number of hole cards received by the player. In Hold’em, you get two hole cards at the start of the game. Under the rules of Omaha Poker, you start with four hole cards.

The Seven Card Stud poker is played between two to eight players. This game is different from Texas Hold’em since it does not feature the flop. In some cases, the game does not involve the use of community cards.

Your success in playing Texas Hold’em largely depends on understanding the rules and the use of Texas Hold’em poker strategy. Described below are some popular strategies that can work for advanced players.

Your position at the table can improve your chance of winning the pot. The dealer is always the strongest player in the table since he gets to bet last. A person who bets last has the most information and will likely make a winning decision.

It is better to force as many players as possible out and play for smaller pots than the risk it with many players. winning the game consistently over the long run is a better poker strategy compared to winning big. So how do you implement the strategy and play your Texas Hold’em poker hands? Just keep your play tight in the early rounds, play conservatively and watch the other players tells.

Use tells to your advantage

If you are in a casino or participating in a tournament, it’s wise to observe the tells of the players. These are the involuntary and repetitive movements or gestures of the player which can give you insights into his mindset and the value of the hands.

How to play Texas Hold’em – Breakdown of a round

1. Let’s start with the blinds.

Blinds are the mandatory bets of the first two players in the game. The player to the dealer’s left makes the small blind and the other player to the left wagers the big blind.

After you receive the first two hole cards, you will then decide whether to fold, call or raise based on the quality of the hole cards.

3. The dealer burns a card and deals with the flop.

This is composed of three playing cards, face-up.

4. During Turn, another card is added to the flop.

You will again decide on your next move based on the hole cards, the four community cards, and a possible fifth card.

5. A fifth card is awarded during the river.

This is the final community card that you can use to complete your best five-card hand.

6. It’s time for a showdown of hands!

This is the most exciting part of the game where players reveal their hands. If you have the best hand based on the hand rankings, you win the pot.

Texas Hold’em online is a great game to play that also offers plenty of winning opportunities. This is the primary reason why it’s the most popular variant of poker in today’s top casinos. Although it’s fun and comes with simple rules, there are still players who commit mistakes.

Some players dive into the game without mastering the Texas Hold’em poker rules and the hand rankings. Also, some adventurous players forget to set a limit when playing in real money.

To enjoy and win big, make sure to avoid these common mistakes!

The blinds are the mandatory bets that are placed by the first two players at the start of the game.
In Hold’em, you get two hole cards while in Omaha you get four.
In Hold'em, your objective is to combine the two hole cards with the community cards to come up with the best possible hand.